Get the Latest News

Build your new dream home in Houston with award-winning homebuilder First America Homes who acts as a one-stop-shop to make the process as simple and stress-free as possible. 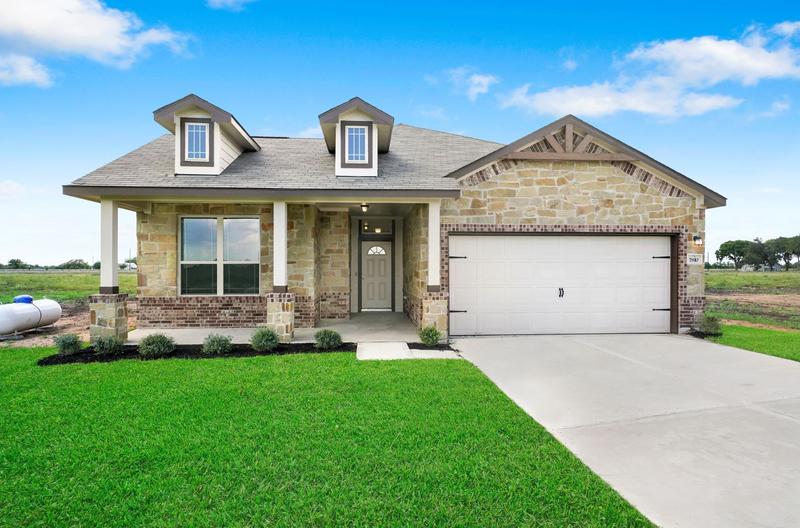 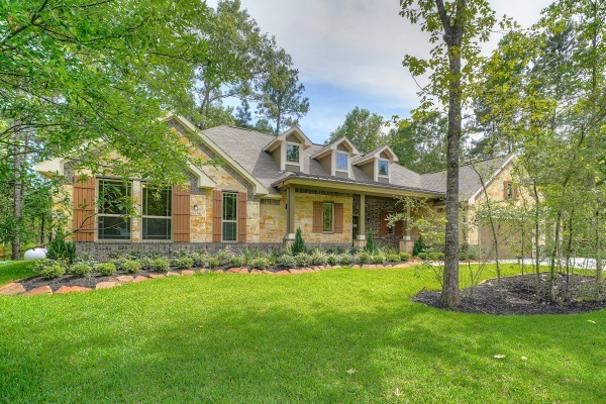 River Ranch Estates
Be The First To Choose Your Acreage Homesite!
Own from $2,028/mo*
Dayton, TX
Details The Cove at Taylor Landing
Hamshire-Fannett ISD
Own from $1,496/mo*
Beaumont, TX
Details The Villages at Westpointe
Be among the first to choose your homesite!
Own from $1,157/mo*
Dayton, TX
Details

Space City: The Most Diverse City in America

Houston is the most diverse city in America, which even carries over to the city’s nicknames. A few names Houston is known by other than Space City are H-Town, the Bayou City, and The Big Heart. Diversity doesn’t end in names; there are at least 145 languages spoken in Houston! According to Understanding Houston, diversity is helping Houston residents connect deeper with world communities.

Helping to create such a diverse environment is Houston having the second lowest cost of living among the 20 most populous metro areas in the country. On top of that, Texas has no state taxes, which is great for working within its bustling economy. If you are relocating here, First America Homes has new homes in Texas in the Houston area, including Conroe, Montgomery, Willis, Cleveland, The Woodlands, Sugar Land, Spring, Magnolia, Manvel, and Beaumont.

Dining in Houston offers endless cuisine possibilities. You can take a culinary trip through the city and the numerous diverse neighborhoods and even eat where James Beard award-winning chefs eat. Living in Houston, you’ll never struggle to find something to do, from the professional resident ballet to outdoor activities to 19 museums to eating your way through the city.

Not convinced yet? Keep reading to learn why you should make Space City your home.

Discover Your Entertainment in Houston

In Houston, you'll find there's something for everyone. Here we have nationally recognized shopping, world-class attractions, highly-rated performances, and sports year-round!

History and the Arts in Houston

Whether you are interested in history or the various arts, you’ll find it all in Houston and some in the same place. The Theater District is a 17-block area in the heart of downtown Houston, where you can catch a performance from one of Houston’s nine performing arts organizations. If you are interested in art, history, or the two combined, the Houston Museum District offers 19 museums to visit. Perhaps the thrill of space calls you to Space Center Houston, the official visitor center for NASA.

Houston is a popular shopping destination with several malls and boutiques. However, the spot for the most luxurious shopping is The Galleria. It boasts more than 400 stores with high-end brands like Dolce & Gabbana and Giorgio Armani, all the way to the more affordable department stores like Macy’s and Nordstrom. In The Galleria, 70 shops are exclusive to Houston. If you’re looking to do something other than shopping, there are over 60 eateries and a full-size skating rink.

Zoo and Audubon Society in Houston

Animals are a draw for children and adults alike to learn about and understand. The Houston Zoo boasts more than 6,000 animals of 900 species. This zoo is also the second most visited in North America. The Houston Audubon Society manages 17 nature sanctuaries across the Greater Houston and Galveston regions for bird lovers.

The expansive and picturesque Houston skyline isn’t the only unique part of the city. The city is home to the iconic J.P. Morgan Chase Tower, which is the world’s tallest pentagonal building. You can take your own tour of Houston hotspots by biking through the city. There are over 150 bike stations throughout the city, making it highly accessible.

This short list only scratches the surface of the things you can do in Houston. New home builders First America Homes puts you near it all.

Explore the Outdoors within Houston

Even though Houston, TX, has a sprawling skyline, it is not lacking in outdoor activities to do with your family. Houston ranks first among cities in the U.S., with more than one million residents in total acreage of parkland. That gives Hoston 52,912 acres of total park space that extends into available lots for new homes for sale in Houston.

One of Houston’s biggest park projects has been the revitalization and transformation of Buffalo Bayou. The Buffalo Bayou Park covers 160-acres with a variety of activities, from beautiful gardens to hiking and biking trails to simply breathing in the fresh air. There are activities for people of all ages.

For those who enjoy spending the day outside on their bike, Houston has 300 miles of interconnected bikeway network. For those who would rather enjoy the water, there is the 52-mile slow-moving waterway Buffalo Bayou that runs through Houston.

If golfing is your preferred outdoor activity, there are 198 golf courses in Houston within a 50-mile radius of downtown, making this city a perfect place to enjoy the 19th hole!

Ready to explore the great outdoors? First America Homes builds beautiful new homes within a variety of communities throughout the Greater Houston Area so you can discover your favorite outdoor spot.

Eat Your Way Around the World in Houston

Houston is a city known to be a food lovers’ paradise. You're bound to your favorite Houston dishes with iconic food such as kolaches, Viet-Cajun crawfish, breakfast tacos, and barbeque. Houston’s diverse population has made it commonplace to find hotspots for Vietnamese, Chinese, Korean, Middle Eastern, and Mediterranean cuisine.

The passion Houston has for food runs so deep that they have a long tradition of Houston Restaurant Weeks. That’s right. It is an entire month devoted to helping patrons discover new restaurants with specially priced lunches, brunches, and dinners. The best part is that the proceeds benefit the Houston Food Bank. So, you can find a delectable meal throughout the Houston metro no matter where you live, and the best part, it’s for a good cause.

In Houston, you are not limited to brick-and-mortar eateries. Food trucks are popular places to eat around town for quick bites when you are on the go. There is even the reopened Houston Grub Park. You can find the best food trucks (or Houston restaurants) to try with resources like Houston Eater.

You can even find world-class culinary creations in the comfort of your own home. Houston has many Asian, Indian, Mediterranean, Middle Eastern, Mexican, and African grocery stores. On top of your favorite places for natural and local groceries, Houston is home to specialty shops for meats, fish, wine and spirits, and more.

Are you looking for good eats close to where you live? Houston’s new home communities let you live near it all so that you can eat your way through this foodie city.

Does Houston have a good economy? Houston has a booming job market. As the 4th most populated city in the US, Houston has a wealth of opportunities throughout the area and is home to over 40 colleges and universities. According to the Greater Houston Partnership, some of the key industries include the following:

Being home to the world’s largest medical complex is a unique employment draw to Houston. The highly educated and growing workforce draws people to Houston every day from around the world. Not to mention that Houston is ranked first in retaining college graduates as well as being highly ranked for attracting millennials.

With vast and various employment opportunities, a low cost of living, and no state taxes, Houston home builder First America Homes helps you create your dream home in a top-notch community.

First America Homes builds where you want to live, so we build the best new homes in some of Houston’s most desired communities. We’ve spent the last 11 years helping thousands of families achieve their dream of becoming a homeowner. We know your homebuying experience should be a great experience from the beginning to the end, making the process as simple and stress-free as possible.

Come see all the available homes and floorplans available to you in Space City from American home builders First America Homes.