Get the Latest News

San Antonio is more than New Braunfels, Schertz, Cibolo, and Seguin, helping to make up the greater San Antonio area. The city is known for impressive colonial missions and the battle surrounding the one we know as The Alamo. This area is the third largest in Texas, and San Antonio is the 7th largest city in the U.S. 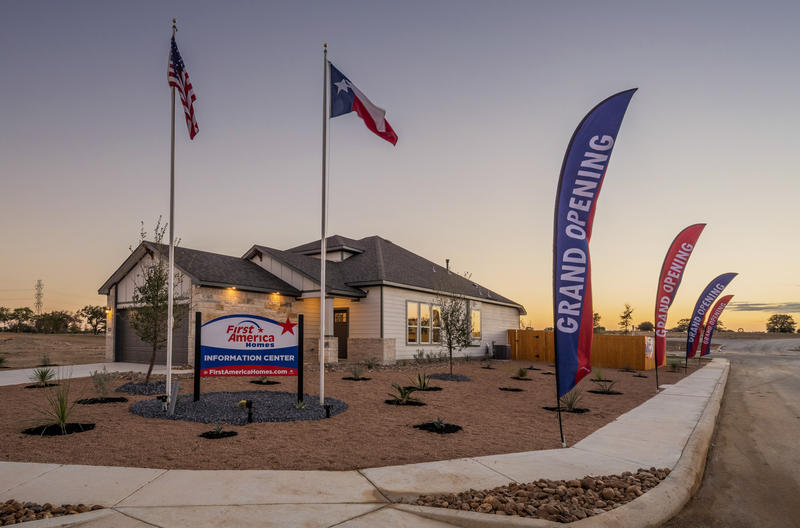 “Remember the Alamo!” isn’t just one of the most famous quotes from San Antonio, but the city is nicknamed Alamo City. According to the U.S. Census Bureau, this city boasts a high Hispanic population with 65% Hispanic or Latino, 24% Anglo (non-Hispanic White), 6% Black or African American, and 3% Asian. San Antonio is a blend of Mexican and Texan culture, even seen in how San Antonio preserves much of its historical atmosphere and food.

The nearby U.S. Air Force Bases (Lackland, Randolph, and Brooks) are one of the components making up the San Antonio economy, along with healthcare, bioscience, information technology, and cybersecurity. Adding to the uniqueness of San Antonio is the vast amount of entertainment, from celebrating at festivals to thrill rides at theme parks to its rich history to the River Walk as well as outdoor adventures in Hill Country or closer to home. San Antonio draws in plenty of tourists every year.

Entertainment at Your Doorstep in San Antonio

Living in San Antonio gives you no shortage of entertainment options, especially since San Antonio is the most visited city in Texas!

San Antonio has a long history to explore for every history buff. The Alamo is the historical site that everyone remembers about Texas history. In the city, you’ll also find five 18th Century missions with the largest concentration of Spanish colonial architecture in North America and designated a UNESCO World Heritage Site. The oldest church in Texas, San Fernando Cathedral, dates back to 1738 and is the heart of San Antonio Catholicism.

There are theme parks and a zoo to entertain children and adults alike. San Antonio is home to popular Texas theme parks SeaWorld San Antonio, Six Flags Fiesta Texas, and Morgan’s Wonderland. The third largest zoo in the US is the San Antonio Zoo. The zoo has 3,500 animals and an aquarium on its 35 acres.

The 750-foot tall tower, the Tower of Americas, can be seen from anywhere in San Antonio, which opened in 1968 in HemisFair Park, the site of the world’s fair. The heart of San Antonio is the River Walk. At the River Walk, you’ll find shops, restaurants, hotels, theaters, museums, and more along the 15-mile network of stone paths along the San Antonio River that connect this popular tourist attraction.

Unique to San Antonio is the 10-day festival, Fiesta San Antonio. It’s the biggest and most attended festival in the area that has been going since 1891. The festival started in honor of the battles of the Alamo and San Jacinto, and now millions of people attend every year where there are more than 100 events. This festival is just one of many in San Antonio.

The Historic Market Square was originally a plaza gifted to the original settlers by the king of Spain in 1730. Now it’s home to so much shopping, including the El Mercado Buildings, which have locally owned shops celebrating the artistic, cultural, and ethnic influences of Mexico and the Southwest. San Antonio is also home to the US's largest Día De Los Muertos celebration.

These are just a few of the things you can do here. San Antonio’s entertainment options are endless! New construction homes from First America Homes puts you near it all.

Searching for your outdoor paradise? San Antonio has everything for experienced adventurers, all the way to those looking for a peaceful outdoor day trip. Life within the city is full of places to feel the sun on your face while you traverse some of the best spots in the city.

Under big Texas skies, the wide open spaces and rolling hills of Texas Hill Country await you only a short drive from the heart of San Antonio. From exploring thousands of acres of state natural areas where you can hike, bike, or rock climb to lakes and rivers where you can tube, fish, swim, canoe, kayak or enjoy other water sports, Hill Country has something for everyone.

For those wanting to stay a little closer to home? Well, you can find outdoor adventures throughout San Antonio. The urban oasis known as Brackenridge Park is home to many attractions but offers visitors a place to breathe in the fresh air as they walk, jog, fish, and more!

The adventure doesn’t end there. San Pedro Springs Park is the second oldest park in the U.S. and one of the many amazing San Antonio parks to stroll through. Kayak or canoe down the Mission Reach Paddling Trail or along the Riverwalk. You can bike throughout San Antonio to learn at historical sites, see stunning murals, listen to the relaxing river sounds, or relish in the hustle and bustle of the city.

If golf is more your speed, there are over 50 golf courses in San Antonio, making this city a leading golfing destination.

Building a home in one of San Antonio’s new home communities with First America Homes gives you the opportunity to discover your favorite outdoor spots.

Tex-Mex is synonymous with Texas, but it was originally the food of the Tejanos before spreading to San Antonio in the 1880s through the rail lines where the Chili Queens fed them. These women brought with them the Mexican tradition of open-air food stalls and their culinary heritage to Haymarket Plaza, which is now part of Historic Market Square.

This rich food history continues today. In November 2017, San Antonio was designated a UNESCO Creative City of Gastronomy and the second US city to receive this designation. The city is home to one of only three Culinary Institute of America (CIA) campuses.

There are plenty of farmers' markets, including at Historic Market Square, to find fresh food for culinary creations at home. San Antonio is home to many gourmet grocery stores, including Middle Eastern, European, Mexican, Italian, and Argentinian.

There is even a flourishing craft brewery scene in San Antonio to pair nicely with your BBQ. Or sip a margarita in countless flavors to accompany your Tex-Mex. Book a wine tour if you want to get out into Hill Country.

When First America Homes builds you a new home in San Antonio, you can take a culinary taste test through the city.

As the 7th largest city in the US, San Antonio has a wealth of opportunities throughout the area and is home to 15 colleges and universities. According to the City of San Antonio Economic Development Department, some of the key industries include the following:

You’ll find many major employers in San Antonio, such as Joint Base San Antonio (Three Military Bases), USAA, Methodist Healthcare System, Andeavor, Tesoro, and Valero Energy. The city is home to many companies on the Fortune 500 list. New major employers are moving in all the time.

The San Antonio economic climate is bringing in highly skilled workers as well as attracting millennials to the city.

Find Your New Home in the Alamo City

First America Homes prides itself on our people-first mentality to build the best new homes in some of San Antonio’s most desired communities. Since 2010, we’ve helped thousands achieve their dream of becoming homeowners. We know your homebuying experience should be a great experience from the beginning of your choosing the perfect floorplan to the end closing cost and beyond.